In 2016, the filmmaker Agathe Bernard stumbled on a grainy black-and-white photograph of a woman in a Victorian dress carrying an ice ax, dwarfed by the massive ice around her. That single captivating image sent Bernard on a hunt to discover the story behind it, one that would define the next two years of her life.
The woman in the photograph was Mary Vaux, and she’s standing by the Illecillewaet Glacier on Rogers Pass, an hour’s drive east of Bernard’s home. The date was 1910 and Vaux, who was 50 years old at the time, was wearing full, heavy skirts, a high-collared white shirt and a full-brimmed hat. She had mountaineered up the pass and arrived at the toe of the mighty glacier, a 22-metre-high wall of dirty ice with cracks of luminescent blue. She dropped her heavy climbing tools, shoved her skirts aside, and painted a line in tar on a rock at the edge of the ice. With that mark, she became the first person in North America to study glacial recession and solidified her role as one of the few women at that time who were breaking gender barriers in both the science and mountaineering worlds. 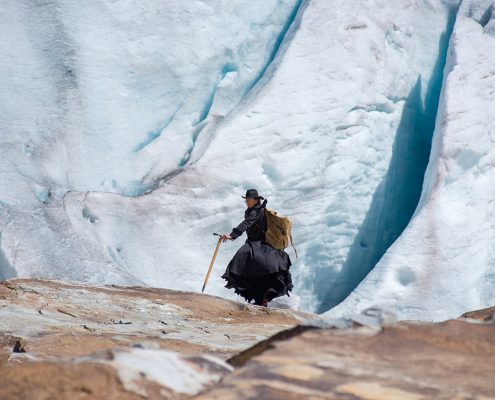 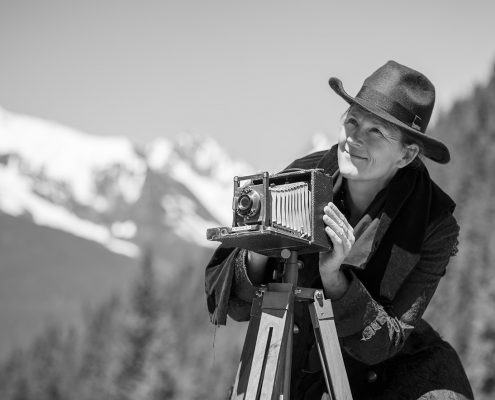 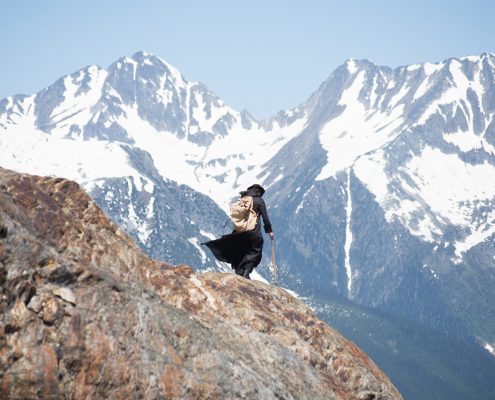 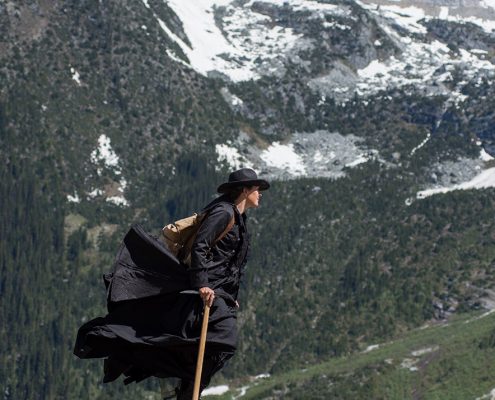 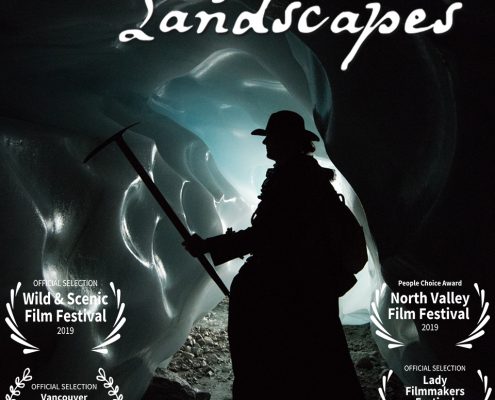