The terrible deception is the story of Maria, fifty years old, wife, mother and worker, and of her encounter with today’s feminist practices of the “Non Una Di Meno” movement in Milan. Intrigued by the global women’s strike proclaimed on March 8, 2017 by “Non Una Di Meno”, Maria participates in the Milanese demonstration.
Here, for the first time, she hears about the “Feminist Plan Against Male Violence Against Women and Gender Violence”. Violence, which has femicide at its peak, is declined within the Plan not as a private matter, but as systemic and structural to society. The Plan describes the changes necessary to overcome the stereotypical and sexist perspective of genders and the power relations between them that is at the basis of the violence.§§
This meeting pushes Mary to take stock of women’s lives in today’s society. The film alternates collective moments of activism and growth of the “Non Una Di Meno” movement with Maria’s personal reflections. At the same time she follows closely some women of “Non Una Di Meno” in their activism and private life: a twenty year old, a thirty year old, a forty year old. The fifty year old is Maria.
The animation technique punctuates the narration and depicts Mary talking with a woman of the French Revolution who has been removed from history, Olympe De Gouges, author of the ‘Declaration of the rights of women and of the citizen’ of 1791. Olympe’s words are from Emma Baeri Parisi, feminist historian and historical feminist. 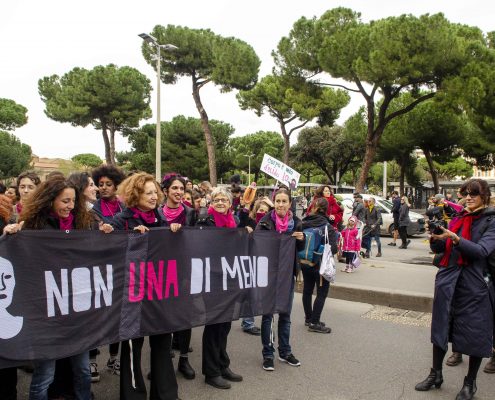 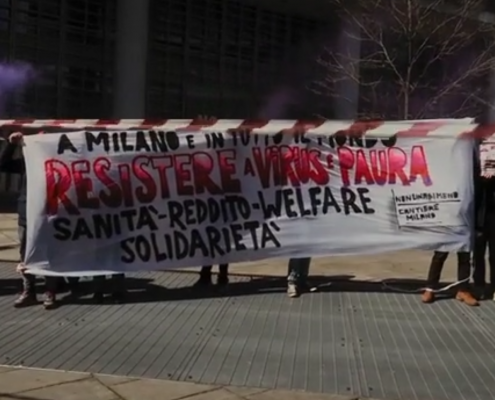 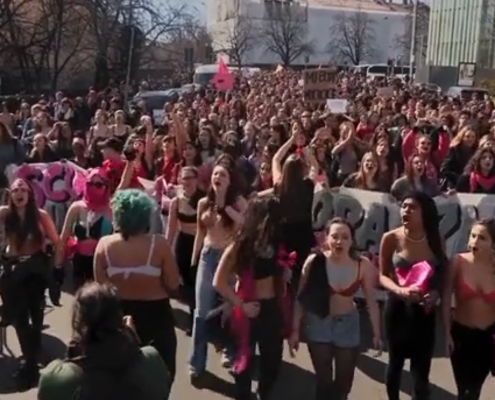 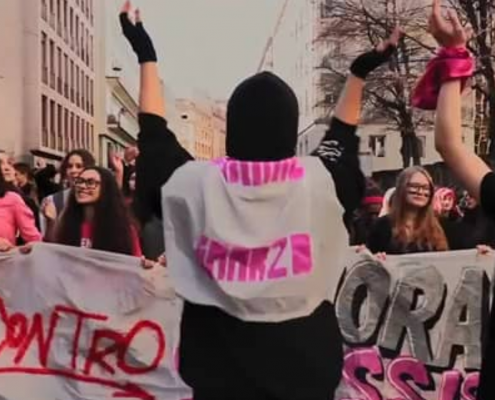 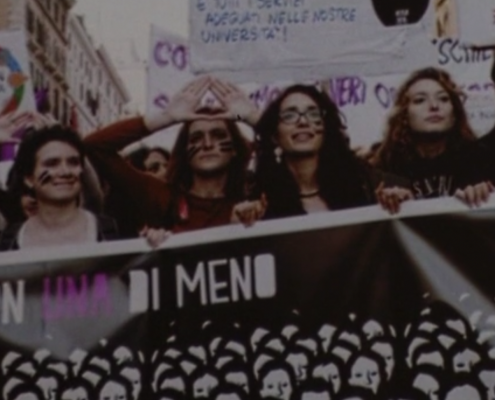